Skip to Content
Tuesday, July 24, 2018 — The Toronto Argonauts announced today they have traded International DL Shawn Lemon to the B.C. Lions in exchange for a future player to be named later.

Lemon, a nine-year CFL veteran was in his third season with the Double Blue playing in all five games this year, recording five tackles, one sack, and one forced fumble. Lemon was a key contributor on a formidable defence last season that saw the Argos bring the Grey Cup back to Toronto. The 2016 East Division All-Star played in 33 games for the Argonauts, compiling 45 tackles, 23 sacks, and six forced fumbles. Lemon spent his first six seasons in the league with Saskatchewan (twice), Edmonton, Calgary, and Ottawa before being traded to Toronto during the 2016 season. 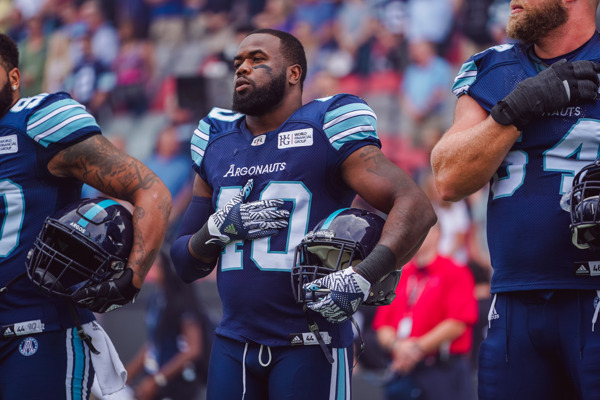