Skip to Content
Friday, November 10, 2017 — TORONTO – The first-ever Argos playoff game at BMO Field on Sunday, November 19 is kicking off with a pre-game tailgate featuring a performance by the live music phenomenon Dwayne Gretzky. The band will also perform the Canadian National Anthem prior to kickoff of the CFL’s Eastern Final at 1pm on TSN/RDS.

Opening at 9:00am, the Argos Tailgate will be held in the Ontario Place parking lot, just south of BMO Field. Dwayne Gretzky will perform a 90-minute set, covering some the biggest hits of all time - from Bowie to Beyonce, Springsteen to Spears, The Supremes to The Strokes.

In addition to the live music, fans are encouraged to come early, bring their BBQs and tailgate for hours before the game, which has now become an Argos’ pre-game tradition.

For this special occasion, the Argos have been granted approval to sell alcoholic beverages starting at 9:00am. Beers, coolers and caesars will be sold for $4.

Tailgate parking spots can be purchased for only $30 at Argonauts.ca/tailgate or by clicking here. Fans who are not parking a car can enter the tailgate free of charge so long as they have a game ticket.

Tickets to the Eastern Final are on-sale now at Argonauts.ca or by calling 416-341-ARGO.

Dwayne Gretzky is a live music phenomenon celebrating the greatest songs of all time. Transcending both era and genre, this prodigiously talented collective of Toronto musicians captivates audiences with a masterfully curated tour of artists from both the classic and modern pop canon.

This year, they are hosting a special New Year’s Eve party - The Dwayne Gretzky Infinity Ball.

Partnering with event producers Young Offenders, Dwayne Gretzky will transform the Enercare Centre into a reflective palace filled with art installations, food, photo ops and surprise moments to reflect on the past and slide into 2018.

Tickets start at $75 are on-sale now. Tickets can be purchased by visiting TicketFly.com or by clicking here. 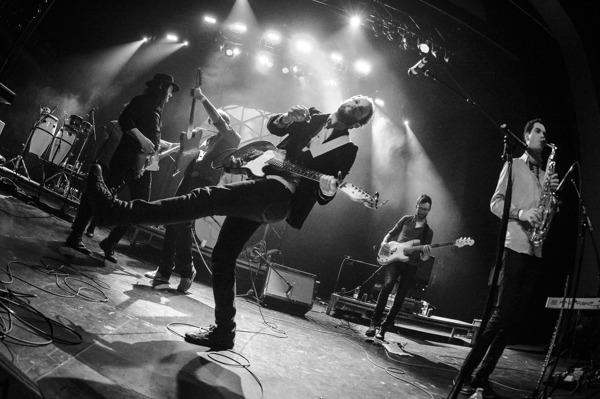