Skip to Content
Wednesday, September 20, 2017 — TORONTO – Inside the Toronto Argonauts locker room following Saturday’s huge 34-26 win over the Edmonton Eskimos, linebacker Bear Woods had a message for his team:

Woods was referring to the Argos next game when they welcome the Montreal Alouettes on Saturday at BMO Field. Toronto and Montreal have played two games so far this season, each having won one. The winner of Saturday’s game will receive a massive four-point swing in the East Division standings. They would not only gain two points in a tight playoff race but also capture the tiebreaker if the teams were to finish the season with the same amount of points.

The last time these two teams met on August 19, the Argos defeated the Als 38-6, as quarterback Ricky Ray threw for four touchdown passes. The first meeting between the two teams saw Montreal win 21-9 the week earlier. Saturday’s game should bring a playoff atmosphere to BMO Field as Toronto looks to continue its drive to the playoffs in pursuit of hosting its first playoff game since 2013 and first-ever at BMO Field.

Fans heading to the game are encouraged to bring non-perishable food items or a cash donation to take their picture with the Grey Cup as part of the Purolator Tackle Hunger® Game Day Food Drive. Volunteers will be stationed outside BMO Field to collect donations before the game. All donations will go to the Daily Bread Food Bank.

Tickets start at only $20 and can be purchased at Argonauts.ca or by calling 416-341-ARGO. 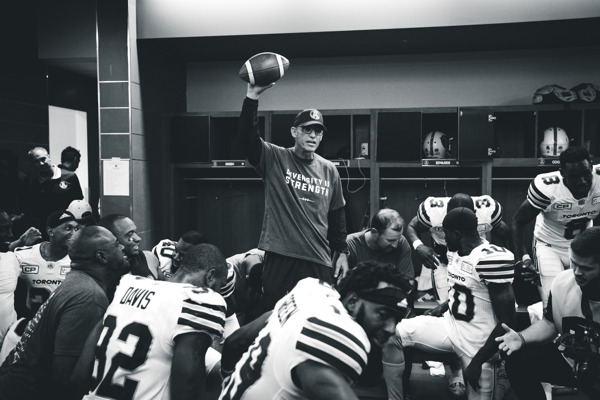