Barry, 23, played in 25 games in four seasons at McMaster University, amassing 55 tackles, 10.5 tackles for a loss, 5.5 sacks, two forced fumbles, one fumble recovery, and one pass breakup. The 6-0, 311-pound native of Kitchener, Ontario, recorded a career-high 24.5 tackles as a senior while adding 2.5 sacks, four tackles for a loss, and one pass breakup.

Gill, 25, was a first-round pick in the 2014 CFL Draft and recorded four defensive tackles in five regular-season games with the Hamilton Tiger-Cats during the last two seasons. In four seasons at the University of Manitoba, the 6-4, 296-pound native of Winnipeg accumulated 93.5 tackles, 19 tackles for a loss, 8.5 sacks, five pass breakups and two forced fumbles, despite missing the majority of his senior year with a torn ACL. The 2013 Canada West All-Star was invited to the New York Giants 2015 minicamp but did not participate due to injury.

Park, 23, played in 44 games at the University of South Carolina, starting in four. The 6-5, 318-pound native of Dillon, South Carolina, played both right tackle and right guard while also seeing time on special teams. 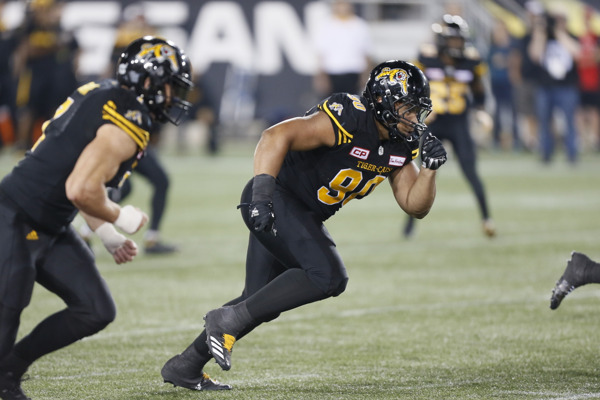