Beltre, 28, played in 26 career CFL games in three seasons with the Calgary Stampeders prior to joining the New York Jets during the 2017 off-season. The 6-2, 240-pound native of Azua, Dominican Republic, posted career-highs in defensive tackles (15), special teams tackles (4), sacks (3) and posted his first career forced fumble in 2016, despite playing just nine games. In two preseason games with the Jets, he posted one defensive tackle, one tackle for a loss, one sack, and two special teams tackles.

Along with the Stamps and Jets, Beltre has seen stints with the Los Angeles Chargers and Oakland Raiders since completing his collegiate career at Towson University. In four years at Towson, he was twice named First-Team All-Colonial Athletic Association while compiling 232 tackles, 38 tackles for a loss, 11 sacks, three forced fumbles, and two fumble recoveries for the Tigers.

Covington, 23, played 29 games in three seasons for the Charlotte 49ers after transferring from Appalachian State. The 5-11, 180-pound native of Charlotte, North Carolina, totaled 85 tackles, two tackles for a loss, two interceptions, one forced fumble, and the second-most pass breakups in school history (17). Covington also returned kicks for the 49ers, posting 691 yards on 31 kickoff returns, including the school’s second-highest single-season mark (545 yards) as a redshirt sophomore. In 2013 at Appalachian State, he played all 12 games and recorded six tackles as a true freshman. 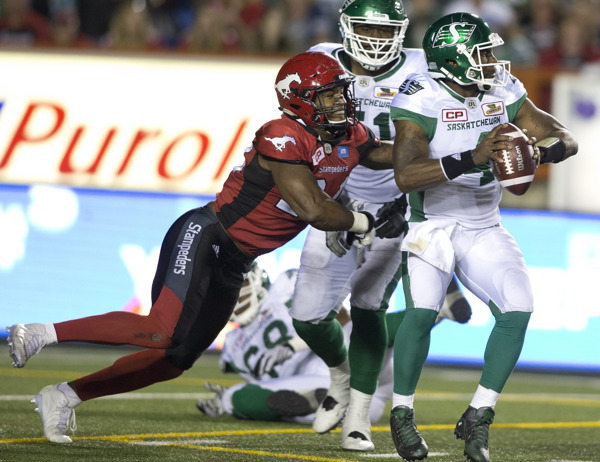