Dickson, 25, played in 44 games over four seasons at the University of Alabama, recording 91 total tackles, 21 tackles for a loss, 14 sacks and two pass deflections. Following back-to-back BCS National Championships as a sophomore and junior, Dickson posted career-best numbers with 42 tackles, 12.5 tackles for a loss, and nine sacks as a senior in 2014. Following his collegiate career, the 6-3, 255-pound native Griffin, Georgia, was selected by the New England Patriots in the seventh round (253rd overall) of the 2015 NFL Draft. Following a stint with the Patriots, Dickson spent time with the Atlanta Falcons and Edmonton Eskimos.

Williams, 25, played in 46 games, starting 42 in four seasons at the University of Connecticut. The 5-10, 187-pound native of Delray Beach, Florida, logged 174 total tackles, four tackles for a loss, five interceptions, five forced fumbles, and one fumble recovery with the Huskies. He started 37 consecutive games in his final three seasons after starting five as a redshirt freshman. Following his collegiate career, Williams attended rookie camp with the New Orleans Saints.

The Argos will take the field on Tuesday for the first day of practice in a three-day minicamp in Bradenton, Florida. Attached is the 49-man roster for the camp, including the two signees from Monday’s free agent workout.

Of the 49 players on the minicamp roster, 18 were offseason additions to the club while the remaining 31 return from last year’s team. Incoming veterans practicing with the Argos for the first time include quarterback James Franklin, defensive backs TJ Heath and Ronnie Yell, running back Greg Morris, linebacker Taylor Reed, and specialist Swayze Waters. 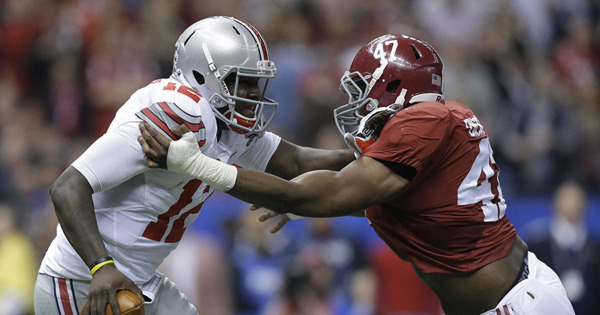