Farris, 25, comes to the CFL after a two-year stint south of the border in the NFL. The Elyria, Ohio native went undrafted in the 2016 NFL Draft but was signed by the Detroit Lions on April 30, 2016 as an undrafted free agent and added to their practice roster. Farris was waived by the Lions in September 2016 and signed to the practice roster of the New England Patriots a month later. Farris won a Super Bowl with the Patriots in 2017 when New England beat the Atlanta Falcons 34-28 in overtime.

Cage, a 6-5, 312-pound offensive lineman, was signed as an undrafted free agent by the Indianapolis Colts on May 3, 2016 before being released by the team a year later. The native of Chicago, Illinois spent three seasons at the University of Wisconsin-Eau Claire where he was named a team captain as a senior and earned an All-WIAC honourable mention recognition.

A four-year player at the University of Louisville, Trumaine Washington had a very productive career at defensive back for the Cardinals. Playing in 42 games over his career, the 5-10, 181-pound Washington amassed 141 total tackles, 10 tackles for loss, four sacks, 10 interceptions, three forced fumbles and two fumble recoveries. His 2017 senior season was his most productive, tying a career high (2015) in interceptions with four, including a 37-yard interception return touchdown against Kent State. Washington also added 10 pass deflections, 43 tackles, one forced fumble and fumble recovery on the season. 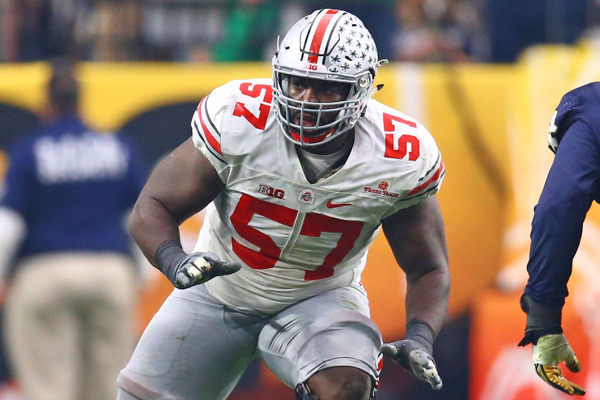