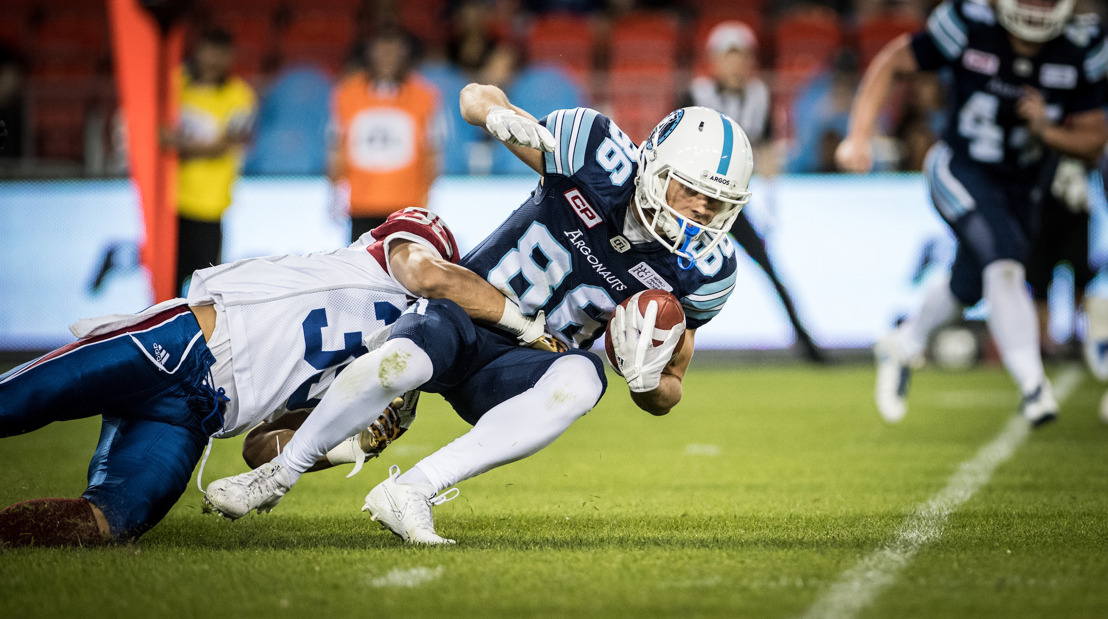 Epps, a 5-10, 165-pound native of Fort Worth, Texas, returns to the Argos after previously spending a month on the team's practice roster this past season. The Abilene Christian product played in 22 games for the Wildcats after transferring from Tyler Junior College, contributing in all three phases of the game. On offence, he caught 45 passes for 561 yards and five touchdowns while adding 68 rushing yards on nine carries. As a junior, he saw time at corner, where he started two games and made 30 tackles, two tackles for a loss and two interceptions. The 2014 second-team All-Southland Conference return specialist added 799 yards on 27 kickoff returns and another 350 yards on 25 punt returns.

Luc, a 6-1, 251-pound native of Port St. Lucie, Florida, spent the final two months of the 2017 season on the Argos practice roster after previous professional stops with the Miami Dolphins, New Orleans Saints, Cincinnati Bengals, New York Jets and Calgary Stampeders. He played in 19 collegiate games at Florida State University before transferring to the University of Cincinnati for his final two seasons of eligibility. In 26 games with the Bearcats, Luc totaled 177 tackles, 16.5 tackles for a loss, eight sacks, eight forced fumbles, six pass deflections, and five fumble recoveries.

Sulley, a 6-2, 250-pound native of Spanaway, Washington, spent the final two months of the 2017 season on the Argos practice roster after signing as a free agent on September 20. The Portland State product played in 34 games for the Vikings, posting 97 tackles, 27 tackles for a loss, 12 sacks, two forced fumbles and one fumble recovery across four seasons. Sulley signed with the Denver Broncos as an undrafted free agent in 2016, posting five tackles, two tackles for a loss, one forced fumble and three quarterback hits in NFL preseason action.

Watson, a 6-0, 185-pound native of Conway, South Carolina, returns to the Argos after a 2017 preseason that saw him secure seven passes for 64 yards in two games with the team. The Newberry College product originally caught on with the Double Blue after attending a free agent workout in Bradenton, Florida. In four seasons at Newberry, Watson tallied 1,394 yards and 10 touchdowns on 115 receptions, bringing in a career-high 51 receptions for 697 yards and six touchdowns as a senior.