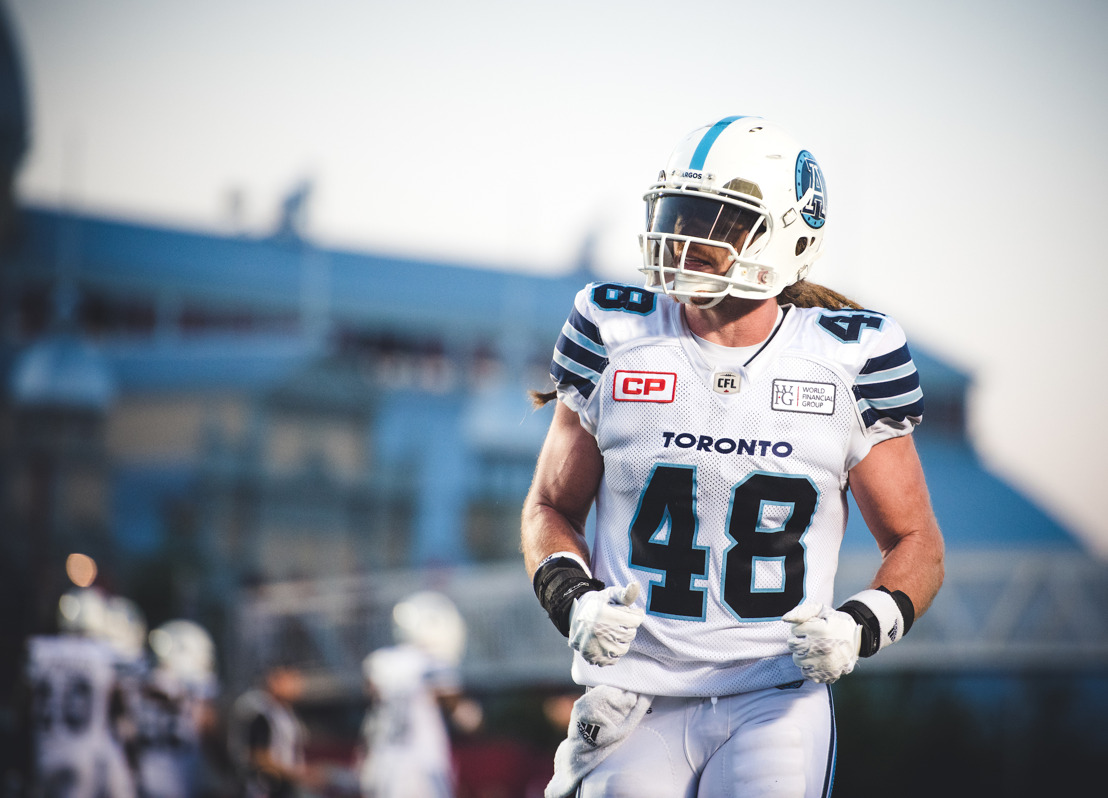 Tuesday, February 20, 2018 — TORONTO – The Toronto Argonauts announced today that the team has signed international linebacker Bear Woods to a one-year contract through the 2018 season.

“Bear is a player who leads by example on and off the field and has shown he has what it takes to be one of the league’s best at his position,” said Argos GM Jim Popp. “He was a key part of our championship-winning team last season and we’re thrilled to have him return in 2018.”

Woods, 30, started 17 games for the Argos in 2017 and led the team with 91 defensive tackles. The 6-0, 245-pound native of Macclenny, Florida, also tallied four tackles for a loss, two sacks, and five quarterback pressures in his first season in Double Blue. The veteran linebacker started both the Eastern Final and 105th Grey Cup, posting six defensive tackles in the two postseason games.

Woods was signed as a free agent by the Argos on May 31, 2017, after being released by the Montreal Alouettes. In six seasons with the Als, Woods was twice selected as a CFL All-Star and was named the East Division’s Most Outstanding Defensive Player in 2014 and 2016.

Prior to joining the Alouettes, Woods spent the 2010 season as a member of the Atlanta Falcons practice squad. He joined Montreal as a free agent late in the 2011 season and made his CFL debut in the 2011 Eastern Final against the Tiger-Cats.