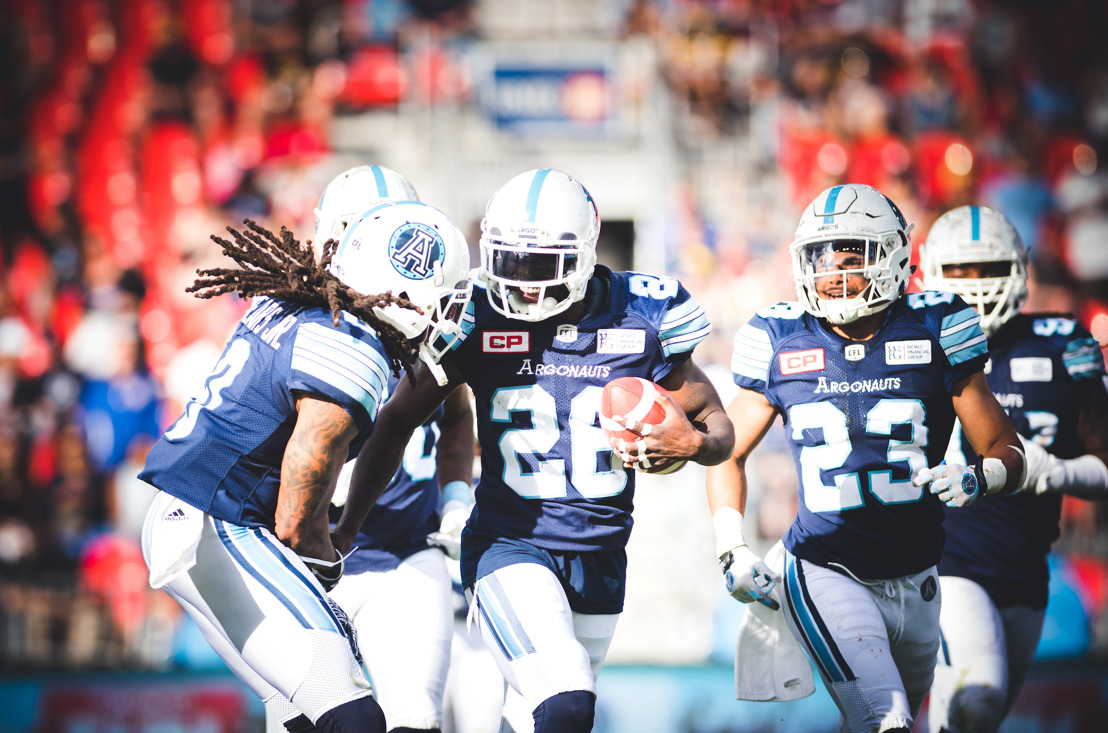 Monday, February 12, 2018 — TORONTO – The Toronto Argonauts announced today that the team has signed international defensive back Cassius Vaughn to a two-year contract through the 2019 season.

“Cassius was a playmaker all season long for our defence and that was no more apparent than in the 105th Grey Cup,” said Argos GM Jim Popp. “We’re very happy to have him back in Toronto for two more years.”

Vaughn, 30, started 16 regular-season games for the Argos in 2017, posting 32 defensive tackles, one tackle for a loss, three quarterback pressures, and a team-leading five interceptions en route to being named an East Division All-Star. His 115-yard interception return touchdown against the Calgary Stampeders in Week 7 tied a team record and helped secure the third-highest single-season total in franchise history with 209 interception return yards.

In the 105th Grey Cup, Vaughn changed the tide of the game and set a CFL record for the longest touchdown in Grey Cup history with a 109-yard fumble return touchdown in the fourth quarter, setting up a game-tying two-point conversion with under five minutes remaining. In two post-season games, he totaled four defensive tackles, one interception, and a fumble recovery.

In 25 career CFL games, the 5-11, 195-pound native of Memphis, Tennessee, has 58 defensive tackles, one tackle for a loss, five interceptions, nine knockdowns, and one touchdown.