Skip to Content
Thursday, May 3, 2018 — TORONTO - With the ninth overall pick in the 2018 CFL Draft, the Toronto Argonauts have selected offensive lineman Ryan Hunter.

Hunter, 23, played in 52 games, starting 38 in four seasons at Bowling Green University after redshirting in 2013. The 6-4, 324-pound native of North Bay, Ontario, started games at left guard, left tackle, and right tackle and saw time at fullback during his time with the Falcons. He earned MAC Distinguished Scholar-Athlete honours in each of his three final seasons at Bowling Green and received Academic All-MAC honours in four consecutive years.

In his 2015 sophomore season, Hunter helped the Falcons set school records in points, total yards, passing yards and first down. He was ranked first in the final CFL Scouting Bureau rankings, released on April 30.

"We're extremely excited to get Ryan with the ninth overall pick," said Argos GM Jim Popp. "Sometimes you have to take a chance to get one of the best players in the draft. We hope our calculated risk will pay off and we'll see Ryan wearing the Double Blue sometime in the near future." 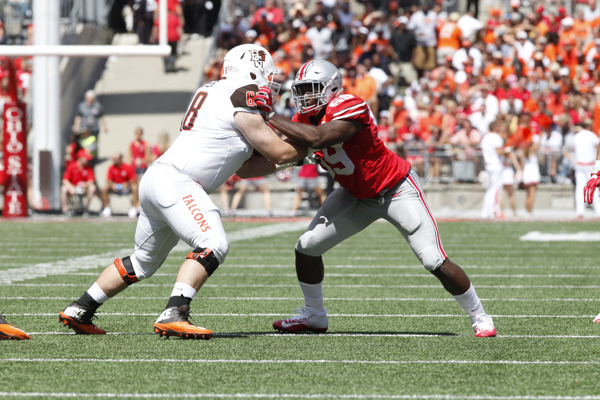