Skip to Content
Tuesday, May 29, 2018 — TORONTO -  The Toronto Argonauts announced today the singing of National defensive lineman Cam Walker to a one-year deal through the 2018 season.

Walker, 25, was originally selected by the double blue in the third round (21st overall) of the 2015 CFL Draft. He spent the last three seasons in Toronto, playing primarily on special teams, and dressed in the Eastern Final vs. Saskatchewan and in the Grey Cup victory against Calgary. Over his three seasons in Toronto, Walker played in 35 games and recorded 15 special teams tackles.

A four-year player at Guelph University, Walker totaled 122.5 tackles, 23 tackles for loss, 13 sacks, three forced fumbles and two fumble recoveries. The native of London, Ontario was named Guelph's Special Teams Player of the Year in 2012 and an OUA All-Star in 2012 and 2014. 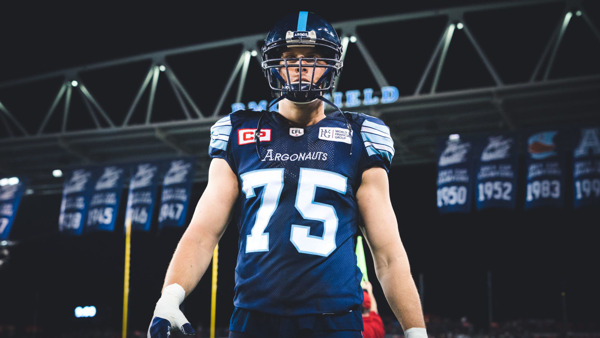