Magloire, 25, most recently spent time with the Tampa Bay Buccaneers following two seasons at the University of Arizona. With the Wildcats, he appeared in 22 games and recorded 153 total tackles, 9.5 tackles for a loss, 2.5 sacks, one forced fumble and one fumble recovery. The 6-1, 227-pound native of Long Island, New York, began his collegiate career at Appalachian State, where he made the move from quarterback to running back before transferring to Arizona Western. In one season at Arizona Western, Magloire led the team with 101 tackles while also collecting six tackles for a loss, two interceptions, one forced fumble, six pass breakups and three blocked kicks on his way to NJCAA Second-Team All-American honours. He was also named the 2014 Arizona Community College Athletic Conference Defensive Player of the Year.

Williams, 22, was a member of the Cincinnati Bengals and Denver Broncos after going undrafted in the 2017 NFL Draft. In three seasons at the University of Kentucky, the 5-8, 195-pound native of Monroeville, Georgia, played in 33 games and posted 2,513 rushing yards and 18 touchdowns on 367 rush attempts to go along with 292 yards and two touchdowns on 38 receptions. Williams’ 6.8 yards per rushing attempts ranks third in SEC history and 23rd all-time in NCAA history.

Magloire and Williams will join the rest of the Argos when the team heads South for their 2018 Mini Camp at IMG Academy from April 17-19. 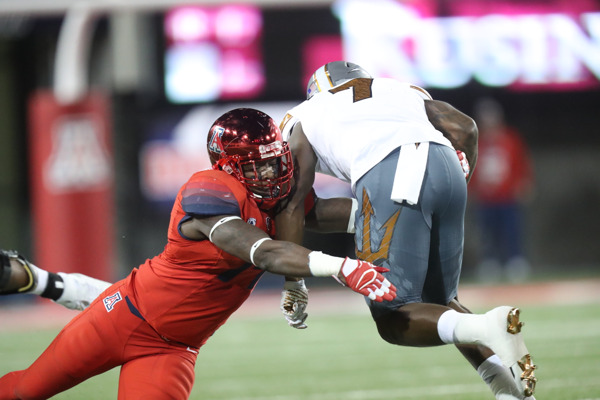