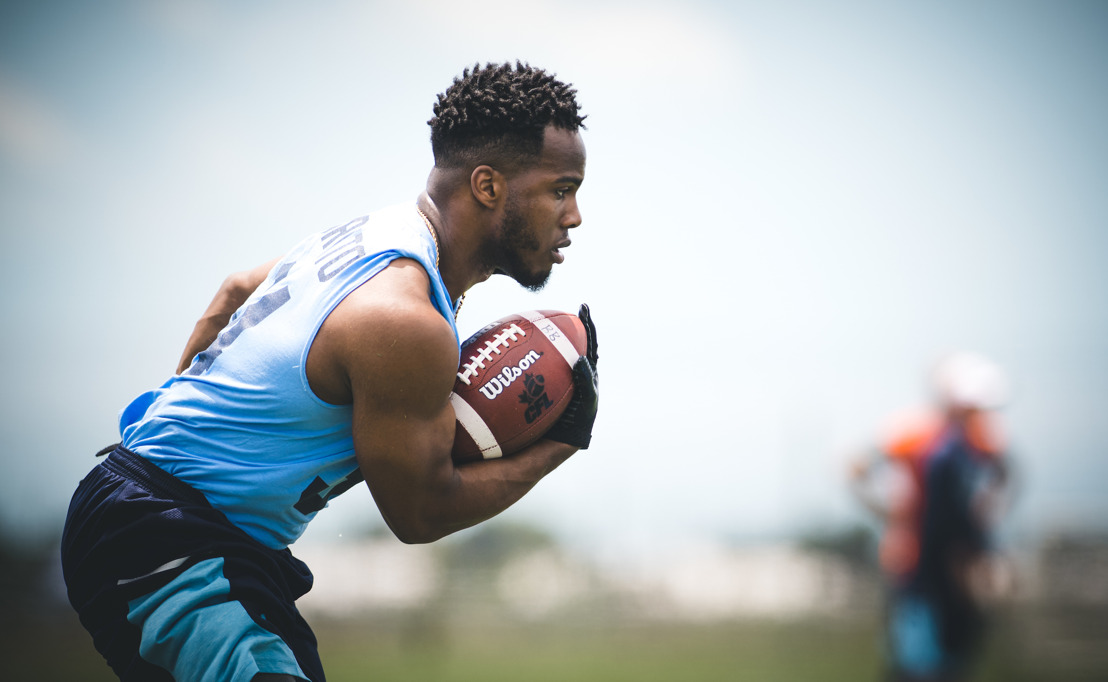 Ham, 22, played in 44 career games in four seasons at Fordham University (2014-17), tallying 186 total tackles, six tackles for a loss, one forced fumble, one sack, seven interceptions and 23 pass deflections. The 6-1, 192-pound native of McDonough, Georgia, chipped in on special teams as well, returning 10 kickoffs for 128 yards and one punt for 11 yards. He was named First Team All-Patriot League and an ECAC All-Star in 2016 after starting all 11 games at free safety as a junior. Ham's father, Tracy, played 215 games across 13 CFL seasons with the Edmonton Eskimos, Toronto Argonauts, Baltimore Stallions, and Montreal Alouettes. He ranks 10th all-time in CFL passing and was inducted into the Canadian Football Hall of Fame in 2010.

Malena, 25, played three regular-season games for the Argos in 2016, rushing for 20 yards on four carries. After suffering an injury during a preseason game in 2017, he returned home to rehab. The 5-9, 195-pound native of Cedar Hill, Texas, spent time with the Dallas Cowboys and Houston Texans following a four-year collegiate career at Texas A&M. With the Aggies, Malena compiled 1,618 yards and 22 touchdowns on the ground while catching 49 passes for 353 yards and another three touchdowns.